The Gaia trilogy, beginning with PICA, is a fantasy series that explores environmental issues in a modern world.

Luke uncovers ancient magic and some of Nature’s lost secrets in an exciting race to save Mother Earth from environmental disaster. But can one person save the planet alone?

Shape-shifting adventure as Luke’s mission becomes more complex and his fame goes global. He meets a group of others who also have a close affinity with Nature.

Can Luke live up to his unwanted reputation as the new messiah? Will it all go to his head?  Can he find Gaia before she gasps her final breath?

Reviews for The Gaia trilogy:

“The strong ecological theme is very pertinent in this time of global warming. I highly recommend this talented writer.”

“Superbly written – intended for young adults, thoroughly enjoyed by older ones too!”

“It truly stretched my imagination. I am looking forward to reading the next book in the series. An excellent fantasy story for teenagers to adults of any age.”

“This imaginative story continues brilliantly and beautifully with unexpected twists and turns. It was a joy to read.”

On Tuesday 12th April 2016, Accent Press launched their YA novels at The London Book Fair – including my own YA fantasy, PICA.

The London Book Fair – held at Olympia – is  an incredibly overwhelming experience. I wandered around for two hours and didn’t see it all. But I was lucky enough to hear author Peter James talk about research and plotting over at Author HQ.

Accent Press had their own stall showing their fantastic array of titles with beautiful covers.

At 4pm, AccentYA was officially launched with an annoncement, plus drinks and nibbles. It was a great opportunity to meet the Accent team, fellow authors, plus sellers and others in the book trade.

Some were lucky enough to take away a bag of goodies.

We were all well looked after by the incredibly friendly Accent Team, and treated to a delicious meal in Notting Hill. It was an exciting and fascinating day.

To get connected with Accent Press and AccentYA:

I’m delighted to welcome bestselling author, Jenny Kane, to my blog – here to tell us about her positively wonderful novels…

What are the main ideas or themes in your book?

A typical ‘Jenny Kane’ story works around the idea of friendship, kindness, and coffee. The modern world is full of television shows that are based on laughing at the humiliation of other people, soap operas designed to depress, and reality programmes that work off the exploitation of failure. I try and make my books an antidote to that current popularity of negativity.

Without being sickly-sweet or twee, my books are about good people, trying to make their lives, and the lives of other people better. Usually while drinking a cup of coffee!

What is the setting or context of the narrative?

At the moment I am proofing the final round of edits for my next novel, ‘Another Glass of Champagne’, which will be out in June.

This is the fifth book in my ‘Another Cup of Coffee’ series, which is set in and around the Pickwicks Coffee Shop in Richmond, near London. With the popularity of coffee shops and cafes continually on the rise, such an establishment seemed the ideal location to bring together a group of characters to base my stories around.

As a daily coffee shop visitor myself (I am writing this from my personalised corner in my local cafe), I know that cafes are a hotbed of inspiration for stories!

Tell us more about the main characters and their dilemmas.

In ‘Another Glass of Champagne’ the main characters are each facing a new challenge in their lives. When the first book, ‘Another Cup of Coffee’ was written, Kit, Amy, and Jack were all in their 30’s. Now they’re in the 40’s, and rather than their lives calming down- they are just as complicated as ever.

-Kit is coming to terms with her children leaving home.

-Amy is facing motherhood, just when she’d given up ever being a parent

-Jack on the other hand, is simply trying to start a brand new career- not to upset everyone- and maybe find himself a boyfriend that won’t let him down.

Why did you write this novel? Any other issues or ‘big ideas’ behind it.

I never dreamt that I would write ‘Another Glass of Champagne.’

I had no hopes to expand, it. But thanks to luck, and kind readers, I was asked to do a short Christmas sequel- and then another- and then another! ‘Another Glass of Champagne’, (a full length novel this time), will be the last one of this series.

How do you go about writing a novel? Is it a simple or complex process?

I find writing a novel fairly simple. The complex bit is finding the time to sit and write in between my three part time jobs and looking after my family.

What advice do you have for less experienced writers?

Be patient. Success in writing usually comes slowly- and it can’t be counted in monetary reward. Your success has to be assessed via the number of people you have made happy with your words.

What are you working on currently?

I am currently writing the sequel to my Cornish romance, ‘Abi’s House’. This new novel, ‘Abi’s Neighbour’, will be out in Summer 2017.

What would your perfect day be?

Coffee to hand, a fresh notebook and pen at the ready, and no ‘real’ work demands stopping me from writing!

If you could leave a message to the world, what would it be?

Thanks, Jenny, for your thoughts and for telling us about your wonderful books. All the best with your writing projects.

Many thanks for inviting me along today, Jeff.

Buy link for ‘Another Cup of Coffee’ – mybook.to/cupcoffee

With a background in history and archaeology, Jenny Kane should really be sat in a dusty university library translating Medieval Latin criminal records, before writing research documents that hardly anyone would want to read. Instead, tucked away in the South West of England, Jenny Kane writes stories with one hand, while working for a Distance Learning Company with the other.

Her next full length novel, Another Glass of Champagne, (Part 5 of the Another Cup of… series), will be published by Accent Press in June 2016.

Keep your eye on Jenny’s blog at www.jennykane.co.uk for more details.

Leonardo DiCaprio deservedly won the oscar for epic film ‘The Revenant’. Collecting his award he said a few things about the environment.

“Climate change is real… it is the most urgent threat facing our entire species”.

“Let us not take this planet for granted”. 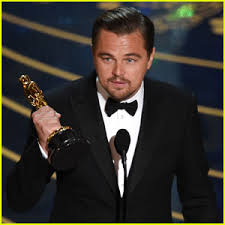 Like ‘The Revenant’ my novel, PICA, explores our relationship with the natural world. Luke is challenged to find a way to save our dying planet, and with the help of his enigmatic friend, Guy, he begins to uncover some of the secrets and ancient magic of nature.

Pollution, deforestation, garbage, over-population and our obsession with consumerism are some of the ways we are killing mother earth. Doing the recycling and not using plastic bags is great, but how can we stop the horror on a global scale?

For more information visit my website or go to Accent Press

PICA is a novel set in the modern day, that explores ancient magic and our relationship with the natural world.

Luke hates nature, preferring the excitement of computer games to dull walks in the countryside, but his view of the world around him drastically begins to change when enigmatic loner, Guy, shows him some of the secrets that the very planet itself appears to be hiding from modern society.

Hidden behind the everyday screen of school and family life, Luke tumbles into a fascinating world of magic and fantasy, where transformations and shifting identities become second nature.

I can now finally reveal the fantastic cover.

Pica Pica is the Latin name for magpie.  The novel is set in the modern day exploring the awakening of ancient magic and our relationship with nature.

And … yes, that is a cover quote from the great Michael Moorcock!

My exciting news is that I’ve just signed a contract for a three book deal with Accent Press.

‘Pica’ will be the first novel in the Young Adult ‘Gaia Trilogy’. The novel is ready for editing and due some time soon in 2015.

Pica Pica is the latin name for a magpie. The novels consider how people in the 21st century have forgotten how to manipulate natural powers once common in ancient times. When Luke meets Guy – a strange and lonely boy – he begins to see a glimpse of the powers that humans once possessed. The Gaia Trilogy explores environemental themes that affect the entire planet.

I’d like to thank Sam Curtis and Lorraine Mace, and I look forward to working with Accent Press on ‘Pica’ and the Gaia Trilogy.