Here’s an interview with the character Jerry Hough from ‘MYOPIA’: a contemporary novel which explores responses towards bullying and prejudice. This interview was first published on Nancy Jardine’s Blogspot.

Where do you live?

Crawley, West Sussex – born and bred. Some people dismiss it as just a New Town near Gatwick Airport, but we did this project at school which shows there’s lots of history from Victorian and even Medieval times. Crawley is a major town with lots of history. My dad keeps reminding me that the band The Cure come from here too.It’s a great place to live. It gets criticised and it can be noisy on a Saturday night, but it has great parks, an amazing cinema and state of the art sports centre. Plus Crawley Town F.C. are now in the Premiership and are going to win the Champions League this year.

What would be your ideal place to stay for a month?

India. First because it’s exotic and hot. Secondly, I could go with Mindy and visit her family. Her dad, who’s a really cool guy, was born in Bengal which sounds beautiful. Then he moved to Hyderabad where the family now live.

What would you do there that would be different from what you normally do in a day?

Not go to school! Spend some quality time with Mindy and have a break from lessons and being bullied by those gits Wayno and Rhino.

Tell me 6 things about yourself.

That’s a bit personal isn’t it? Oh, okay … I’m short-sighted; my best friend is Silu; you may have worked out by now that I fancy a girl called Mindy (full name Parminder Sidhu); I hate Wayno more than anyone else in the world; wearing glasses is truly bad for my street-cred; and, finally, keep this to yourself, but I think I might be developing these special powers – but that’s top secret and if you tell anyone then I’ll probably have to kill you!

How would your girlfriend describe you?

Mindy seems to think I look cool in my specs (she’s the only one). She is a bit concerned about my behaviour at times – but I can’t tell her about Myopia … not yet. 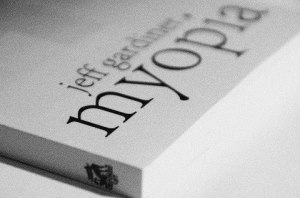 Sounds like you want to change your lifestyle. What would you change first?

I want to be stronger, taller, handsome and generally more heroic. I need to learn how to stand up to Wayno and Rhino. My dad says I have to be more assertive, which is different to aggressive; and I’ve been reading about how to be assertive without being arrogant or cocky. I don’t want to end up like those two chavs.

That seems like a good plan. So, ignoring them – what’s your main form of relaxation?

Football. I play when I can and I support Crawley Town, who ARE going to win the Champion’s League this year! I hate shopping (except if I’m with Mindy, of course).

What do you see yourself doing a year from now?

I have a plan formulating in my mind which is going to stop the bullying once and for all. There’s lots to think about and plan if I’m going to get it right. So in a year’s time I can throw away the ‘victim’ sign on my back and be in control of my own destiny. Wish me luck.

Imagine you’ve been given a ticket for unlimited travel. Where would you go, and why go there?

I’ll follow Mindy to the ends of the earth! I want to be with her on a secluded beach in the sun, rubbing sun-tan lotion all over her beautiful … uh? Oh, sorry I’ve got to go – I’m late for my dinner and my dad’ll ground me for a century. Cheers and don’t forget to text me … 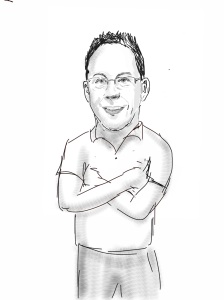 I’m honoured to have acclaimed crime/thriller author Frances di Plino answering questions about her brilliant series of novels which feature the enigmatic detective, Paolo Storey. She talks about her new novel, Someday Never Comes; gives some excellent advice about writing and even discusses her latest ‘work-in-progress’.

There are links to her websites –  and don’t forget to buy Bad Moon Rising. You won’t regret it and you’ll be hooked and ready for the sequel out in August.Click on the cover image of Bad Moon Rising to purchase this gripping novel. Read my review below.

1. What are the main ideas or themes in this series of books?

The main theme is the age-old battle between good and evil – while recognising that no one is all good and no one is completely bad. I like to look at how even the most flawed people have aspects that lift them out of the ‘bad’ camp and into the ‘good’ – and vice versa.

My criminals have redeeming features and my protagonists have urges that don’t fit with the standard ‘good guy’ image.

2. What is the setting or context of the narrative? Why is it important?

My crime novels are set in a large town – the sort of place that is instantly recognisable to most people because they, too, live somewhere similar. I hope this gives the reader a sense of being inside the story. I want to make them feel that the events in the novel could happen in their town or even their street.

3. Tell us more about the main characters and their dilemmas.

The central character in my crime series is Detective Inspector Paolo Storey. He is of mixed parentage – Italian mother, Scottish father – and has had to cope with the tragedy of losing one of his daughters in a hit and run intended for him.

His biggest strength is also his greatest weakness – he is incapable of giving up. He doesn’t know how to let go of lost causes.

4. Why did you write these novels? Any other issues or ‘big ideas’ behind it.

I started out simply intending to write a basic crime thriller, but as the character of Paolo developed, I found I wanted to get deeper into the minds of both criminals and those hunting them down. As a result, my novels alternate in point of view between Paolo and his adversaries.

In Bad Moon Rising we are inside the head of the murderer from time to time, which was difficult to write at first, but it became easier as time went on. In fact, my husband got a bit spooked with how completely I identified with the killer.

In Someday Never Comes, which will be released by Crooked Cat Publishing on 16 August, the alternate point of view is that of a former rock star who is about a to make a comeback. Without going into detail and spoiling the book for readers, we know very early on in the book that the persona seen by the outside world bears little resemblance to the depraved creature he is behind closed doors.

I want to make readers think: if that person had taken a different path earlier in life, would he or she still have turned out like that? I’m a firm believer in nurture winning out over nature.

5. How do you go about writing a novel? Is it a simple or complex process?

For me, it starts with an idea that I allow to float around in my subconscious for a few weeks or months. When I find the characters start having conversations, I know it’s time to get to work. I write only the most basic outline initially.

After I’ve written a few chapters I then have a better idea of who the characters are and what they are capable of doing. At that point I write a full chapter by chapter breakdown of how the story will progress – however, that is subject to change as I write. Very often new characters will appear that hadn’t figured in the original outline – or existing characters will veer off and take a different path to the one I intended.

6. What advice do you have for less experienced writers?

Don’t stop and worry about your opening chapters. Too many new writers aim for perfection on the first draft and this stops them from ever completing a novel. You should only worry about editing and improving your story after you have written The End on the manuscript.

Diamonds in the rough look like lumps of worthless rock, but underneath lies a sparkling and valuable gem. That is what a first draft is – your raw material, ready to be polished until it shines like a diamond.

7. What are you working on next?

My current work in progress is Call it Pretending – number three in the Detective Inspector Paolo Storey series. It’s funny, I only ever intended to write one crime novel, but Paolo has become so real to me that I cannot now imagine my life without him in it.

8. If you could leave a message to the world, what would it be?

Let’s be kinder to each other. It’s very easy to be nice to people we like, but not so easy to extend that kindness to those we don’t like. Maybe if we looked harder for the good in others, instead of only seeing what is on the surface, we might change our lives and theirs for the better.

Bio
Frances di Plino is the pseudonym of columnist, editor, non-fiction author, short story writer, poet and writing tutor, Lorraine Mace. Writing as Frances di Plino gives her the opportunity to allow the dark side of her personality to surface and take control. She is currently working on Call it Pretending, the next in the Paolo Storey series following the highly acclaimed Bad Moon Rising and soon to be released, Someday Never Comes.

My Review for Bad Moon Rising

‘Bad Moon Rising’ is an exciting and challenging story. It follows the
investigation of a serial killer and explores the psychology of the murderer by
creating a genuine sense of danger and horror. Paulo, the detective and
protagonist, is a fully rounded character – and in the true tradition of
detective fiction is a greatly flawed and vulnerable individual. The characters
portrayed are incredibly real, with difficult relationships and complex lives.
Frances Di Plino keeps up the pace and action with gusto, with plenty of
narrative twists and red herrings to keep the reader guessing throughout. It’s
the kind of book that grabs your attention from page one and never relinquishes
its uncompromising grip. Thoroughly recommended.